What You Need To Know About E-Scooters And UK Law 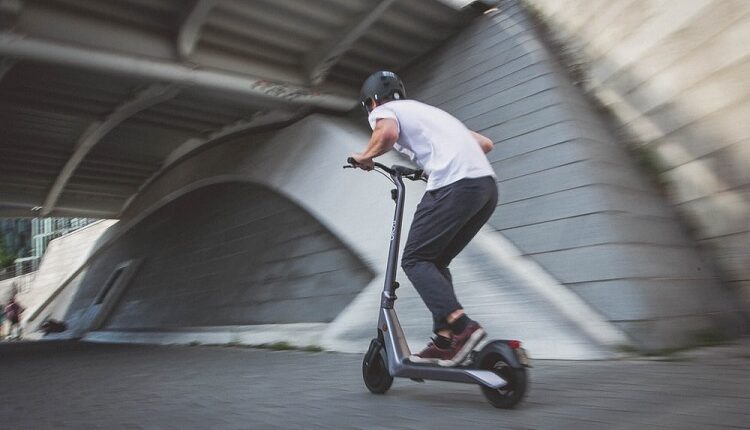 As the world transitions toward a green economy, non-fossil fuel based technologies are going to play an important part. It’s not surprising that e-scooters have become popular across the world. Yet, the UK is the only major European country that still bans the use of e-scooters on public land. That hasn’t stopped people from buying them in large numbers. There are no reliable numbers on how many e-scooters have been bought, but bits of information tells us that sales are strong. According to Halfords, its sales of -scooters have more than doubled during the pandemic and the retailer believes that there is a huge addressable market for e-scooters. Halfords polled 2,000 people and found that two in five were in favour of e-scooters, 33% of them would consider buying an e-scooter for short journeys, if their use was legalized, while 28% said they would consider using a car instead of an e-scooter, for environmental reasons.

Current UK law says that anyone who uses an e-scooter on public roads or pavements faces a £300 fixed-penalty notice as well as six points on their driving licence. Although e-scooters are classified as motor vehicles, their legal status is weak because all road-going vehicles must have a seat, and e-scooters do not have one. Outside of the many trial schemes that the government is piloting across the country, you cannot legally use an e-scooter on public roads, pavements or cycle lanes.

The e-scooter trials will continue until March 2022, up to and after which there will be extensive discussions regarding whether or not they should be legalised. There does seem to be a lot of momentum in favour of legalizing them, a process which would involve reclassifying them as e-bicycles. This would mean that you could use an e-scooter on public roads without having to register it or get insurance for it, subject to the condition that you do not travel at over 15.5 miles per hour, a speed that could overtake a Silver Cross stroller.

Right now, we don’t know if helmet wearing would be mandated. It must be said that it would not make sense for e-scooter users to wear motorcycle helmets. Legislators and other people have voiced concerns that e-scooters would discourage people from walking or even cycling. This would obviously pose health concerns. However, the reality is that people who are most likely to use e-scooters are those making the switch from cars to e-scooters for short journeys.

How Dangerous are E-Scooters?

According to a report on road casualties by the Department for Transport,there were 128 serious and 355 slight injuries, as well as one death in 2020. There are no numbers for how often e-scooters were used on Britain’s roads, so we cannot come up with a base estimate for risks associated with e-scooters. The risks are largely associated with faster, heavier vehicles. Which pose dangers to vulnerable road users.

In the fight against climate change, many people have put their faith in electric vehicles (EVs), but EVs will not solve problems of traffic congestion, urban sprawl, road danger or time wasted parking. E-scooters should be an important part of the strategy because they tackle these problems directly.

The current legal position of e-scooters has to evolve to reflect the fact that e-scooters will take people away from cars to smaller vehicles that will reduce the wider traffic related problems that EVs cannot fix. The delay in legalizing e-scooters is a delay in resolving urgent climate change problems. The longer we take on these issues, the less time we have to fight climate change. The experience of other major European countries should tell us that any concerns over e-scooters are entirely unfounded.

Learn more about different types of vehicles, the related laws and regulations, this website: www.kNowyourrights2008.org

How to Develop a Winning Digital Marketing Strategy

What Do Personal Injury Lawyers Do?

5 Steps To Take After an Auto Accident

Claim It: What Evidence Do You Need For a Car Accident Claim?

Modern Useful Tools Capable of helping you Achieve Success for Your…

Things to Know Before Selecting A Flower Dress for The Wedding